The Amsterdam-based Studio Drift has long enchanted us with their artworks that sit – or rather, dance, because of their often dynamic nature – somewhere between experiential sculptures, large-scale installations and performances. They seem to be able to achieve, without fail, a signature poetic interpretation and technological effectuation of natural phenomena, with an elegant simplicity that invokes a raw emotional connection in the audience. The elaborate research and experimentation behind the scenes has been graciously masked. We here at Data Aided Design are equally fascinated by the outcome and the technicalities, and are delighted to speak to the artists Lonneke Gordijn and Ralph Nauta themselves about how they used data to aid the concept development and design processes of their artwork ‘Franchise Freedom.’

Franchise Freedom employs hundreds of drones whose behaviors are generated and controlled by an algorithm that is inspired by the self-organisation patterns in nature, such as a flock of birds or a swarm of bees, illustrating how behaviours allowed a great degree of freedom and randomness on an individual level can collectively form a meaningful movement, provoking us to examine the meaning of freedom in relation to individuals and crowds.

How was data used in ‘Franchise Freedom’s development?

We developed a custom swarm algorithm which is based off numerous research papers on starling murmuration. Empirical research, focused largely on flock movement and biomechanics, was used in most of the papers, and we incorporated research on causal mechanisms affecting flock size and murmuration duration at a later stage. As an example, data from over 3000 murmuration sourced from 23 countries was used in one of the papers. This particular paper made use of citizen data and was conducted by the Royal Society of Biology and the University of Gloucestershire. After the initial flock algorithm was in place, we started to look towards papers using time-series analysis of video data showing predators hunting starlings. This enabled us to add more accurate predation patterns of collective escape, which provides a great deal of semi-controllable variation in the overall flight dynamic behavior. Although we didn’t use the raw data directly, we used the results obtained and algorithms developed from the published results of the collected datasets, which we could then combine with our own experience using light, representing motion, to finally design the algorithm that’s used in the artwork today.

What might the artwork have been like if you were not using data? What would be an alternative to using data, if there are?

If data wasn’t used to form the underlying theory and resulting algorithms, the artwork would merely display an estimation of flock behavior, which would result in artificial behavior which feels “off” somehow during the performance.

Were there any obstacles you faced while working on your project? How did you go about it? Was using data part of the problem or the solution, or possibly both?

There were many obstacles, mostly around how to realistically capture dynamic flight behavior and translate that using both motion and light. Mapping roll and pitch dynamics into varying dynamic light intensities was a massive achievement for us.

What software, method (or algorithms) was used while working on this project?

We used a combination of Python, C++ and the Unreal game engine. Custom code was written in Unreal using C++, and Python was mostly used to develop supporting functions or to rapidly prototype functionality. We developed a custom algorithm based on numerous swarm research papers, and the algorithm is still being improved. 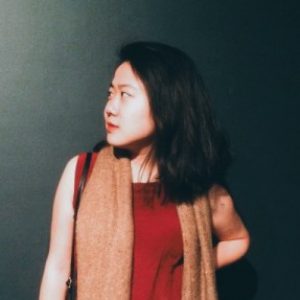