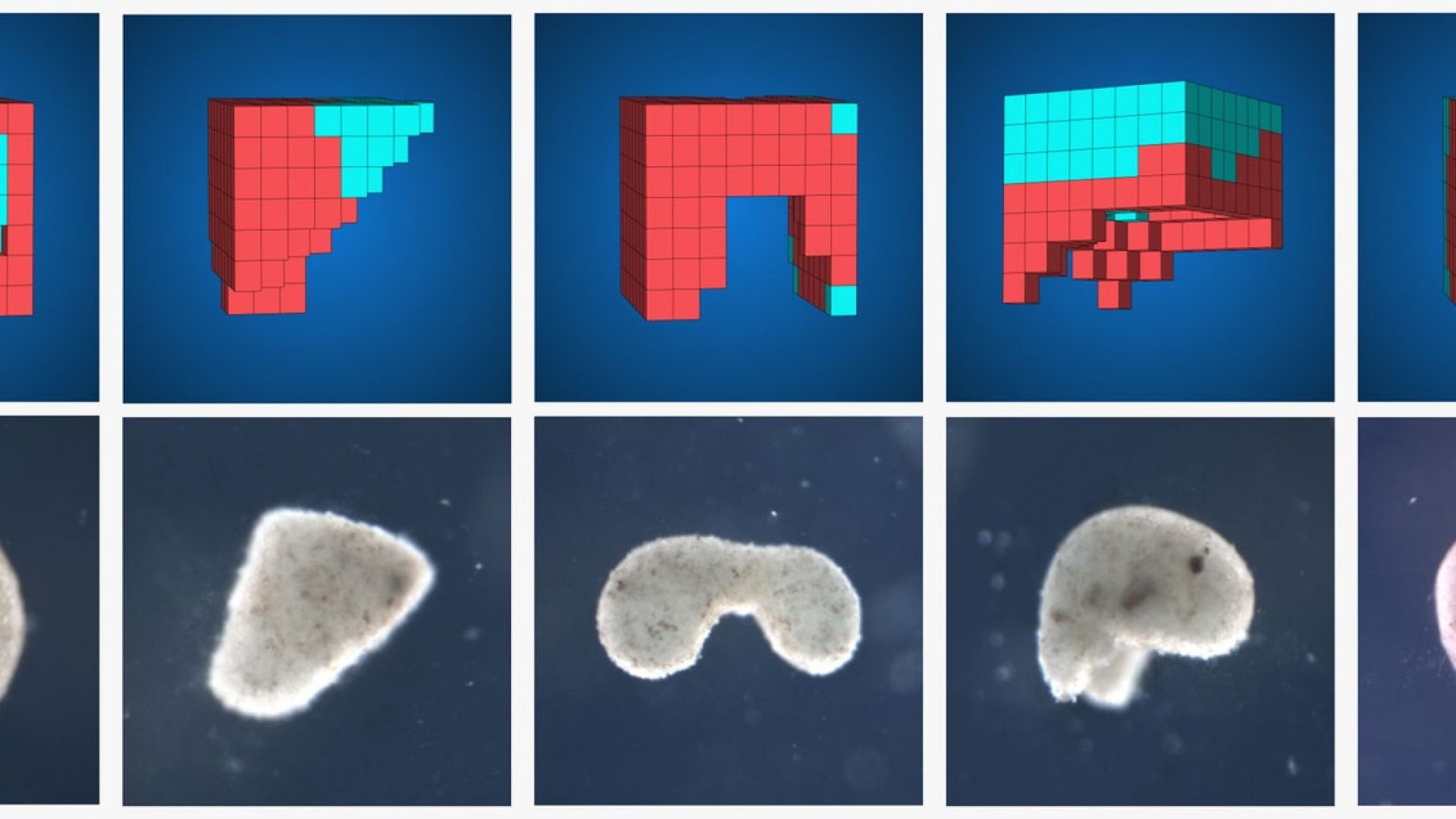 Scientists at the University of Vermont, Tufts University, and Harvard University’s Wyss Institute for Biologically Inspired Engineering have challenged the definition of robots, discovering that “robots” can create offspring through the use of artificial intelligence.

While seemingly confusing, the fundamental understanding of this discovery is redefining what robots are through their purpose and ability to be artificially guided to carry out specific tasks. In a 2021 reporting in Smithsonian Magazine, scientists of this research have underlined that “most people think of robots as made of metals and ceramics, but it’s not so much what a robot is made from but what it does, which is act on its own on behalf of people”. This definition led this group of scientists to identify a particular type of stem cells as “robots,” organisms genetically unmodified that can be artificially stimulated to behave in a certain way.

These less-than-1mm-wide organic robots, called Xenobots, come from stem cells extracted from African clawed frogs (Xenopus Laevis) from which they take their name. Different studies were conducted on Xenobots, observing how they move, work with one another, and self-heal. Still, the unprecedented discovery comes from their ability to reproduce in a way never observed in plants or animals before. Using “kinetic replication,” previously only observed at the molecular level, these life forms can gather and compress loose stem cells in the environment, forming larger pieces that can then mature into new Xenobots.

Kinematic replication is remarkable as all living systems produce offspring either through fission, fragmentation, spore formation, vegetative propagation, parthenogenesis, sexual reproduction, hermaphroditism, and viral propagation, which all involve a growth process followed by a splitting, budding, or birth. However, Xenobots replicate by moving and compressing organic material present in the environment into functioning self-copies.

Xenobots were first created with a process involving scraping living stem cells (unspecialized cells that can develop into a diverse range of cell types) from Xenopus Laevis embryos, incubating them without any genetic modification. The incubation period turned these particular stem cells into spherical aggregates made of around 3000 cells that begin a replication process autonomously with time and specific conditions. It was initially observed by scientists that Xenobots could replicate through a kinetic process, but that happened rarely and only under favorable conditions hence an AI tested billions of geometries into which Xenobots could have been shaped to render the replication more frequent and effective.

A C-shape was observed to exceptionally augment the replication rate, allowing already mature Xenobots to better move, collect, gather and join the loose stem cells in the environment. Through the cooperation of multiple Xenobots capturing stem cells and pushing them into bundles became more recurrent and led to new self-copies in just a few days.

The shape-finding process shows that almost all of the geometries tested were more efficient than the initial spheroidal shape Xenobots first developed into. On top of this, an algorithm was developed to create a specific terrain in the simulator that, through reconfigurable walls, allowed for a more accurate prediction of the trajectories and behaviour of the robots in the kinematic process, increasing the replication rate.

…”most people think of robots as made of metals and ceramics but it’s not so much what a robot is made from but what it does, which is act on its own on behalf of people” – Josh Bongard,

The only intervention from artificial intelligence was the sculpting process into different shapes in order to test the most efficient geometry and amplify their mobility. The robots’ behavior was not itself programmed by the scientists, but it was a natural reaction. Michael Levin, co-author of the research project, a professor of biology and director of the Allen Discovery Center at Tufts University, shared with CNN, “when you … liberate (the cells) from the rest of the embryo and you give them a chance to figure out how to be in a new environment, not only do they figure out a new way to move, but they also figure out apparently a new way to reproduce”.

Even though it was observed that after a fifth replication, Xenobots’ offspring was too small to develop into further self-motile organisms capable of carrying on the replication process, design takes a major role in the understanding and redefinition of what robots are. Despite being made from stem cells, Xenobots and their behavior is dictated by a computed morphological reconfiguration which allows for the redirection of these organisms’ processes without recurring to genetic modification.

From their discovery in the 1940s, Xenobots’ utility is still unknown in practical situations today. However, this new study suggests various potential uses given by their plasticity and bio-cellular ability to perform tasks. In combination with AI and molecular biology, these bio-robots could be used as host organisms in the body or the environment to perform jobs such as collecting microplastics in the oceans and assessing root systems, or they could be employed in medical procedures. Compared to other existing technologies, Xenobots’ kinematic replication allows for fast production of offspring that can miniaturize over time, a surprising aspect that makes this process fascinating.

These peculiar organic robots and their unique replication procedure represent a new piece of biotechnology that can be further investigated and allows for easy control through the employment of sophisticated AI design methods that could potentially turn Xenobots into useful forms of engineering.