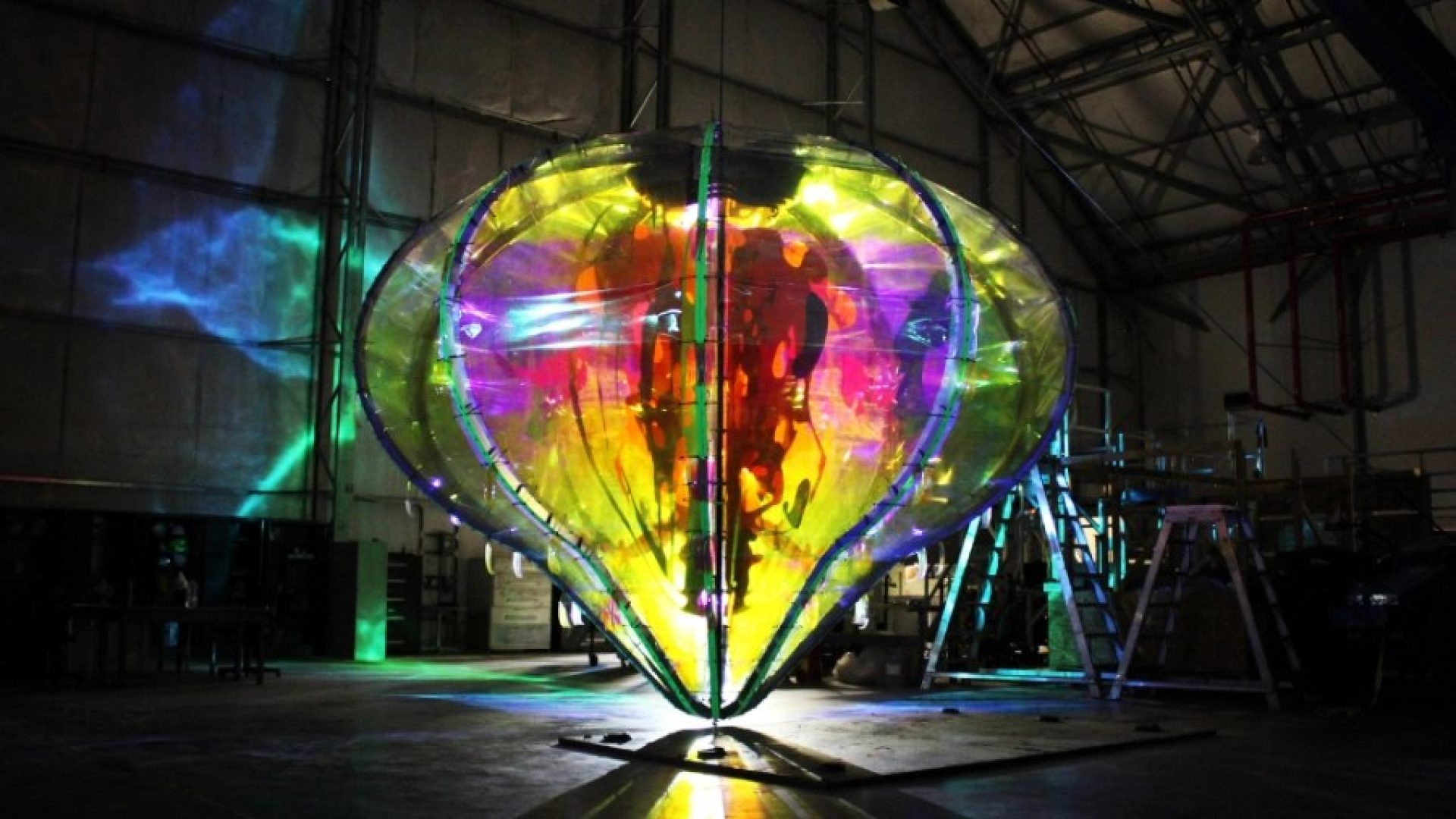 Living Light, The Art Installation That Goes Up Into Space

Perhaps on the night of the 18th of June of 2021, in the proximity of the Space Coast area in Florida, you might have seen a flying object with shimmering colours: Living Light, a space-bounded art installation created by the collective Beyond Earth.

The mind behind Living Light is the international whole-female collective Beyond Earth, formed by three artists with a strong interest in the scientific and bio-marine world: Richelle Gribble, Elena Soterakis and Yoko Shimizu. The artistic group researches and works towards a global awareness of the Home Planet and it explores the links between the Earth’s biological system and outer space.

Beyond Earth’s manifesto is very clear in stating the aim of Living Light and all of the other projects they have created: “We believe that the future of humanity transcends the boundaries of Earth and beyond. Our global initiatives allow individuals, corporations, and organizations to connect and explore together, expanding our notion of space and our mother planet”.

Their interest lies upon a type of art that is not only provoking people to reflect on the Earth’s resources and natural wonders, but it cooperates with and reacts to outer space to explore planetary ideas and issues.

“As artists, we believe that the sky is not the limit and creativity is boundless, accelerating culture and vision that transcends us.”

Living Light, the largest art installation to go up in space, was inspired by the biodiversity of the marine world on Earth, taking the example of behaviours, forms and aspects of creatures inhabiting the oceans and seas. The collective created an image dataset of all of these marine creatures characteristics to be used in machine learning employing artificial intelligence and biomimicry (the practice of design through emulation of existing biological processes and animals strategies) and create the interior structures of the artwork.

While studying and incorporating different marine creatures for the biomimicry of the artwork such as fluorescence qualities, complex structures and pulsating movements, it particularly attempts to emulate the bioluminescence qualities some of these organisms are able to create. Exactly like many of these animals deep in the oceans, Living Light, shimmers different colours as it enters the darkness of outer space.

As explained by Richelle Gribble, one of the founding partners of the collective, designing a piece of art for space is extremely different from designing for Earth. For instance, weight is an important factor in the design, due to payload parameters; materiality is another aspect to consider in order to avoid the object collapsing under extreme temperatures or absorbing too much UV light when up in space.

Living Light’s design also took into account the impact with Earth at the end of the journey, being simultaneously resilient and sturdy. A critical aspect of the creation of the art piece was avoiding any dispersion of debris and waste throughout takeoff, cruise and landing, underlining the importance of creating new innovations respecting the environment.

“We believe that the future of humanity transcends the boundaries of Earth and beyond. Our global initiatives allow individuals, corporations, and organizations to connect and explore together, expanding our notion of space and our mother planet” -Beyond Earth

Living Light’s interior structure, or “organs”, and outer membrane were put together at the Kennedy Space Center and it was flown aboard Neptune One, a test flight by Space Perspective that aims to bring passengers commercially in space. The spacecraft constituted by a capsule simulator, space balloon and reserve descent system, was able to take off thanks to a space balloon powered by a lift gas that expands 100 times in order to completely fill up the balloon upon reaching 100,000 feet.

In fact, Living Light’s shape does not only emulates marine creatures, but it also echoes the shape of the capsule by Space Perspective which will eventually embark on the luxury journeys to outer space.

The flight was executed as planned, emulating the track the Space Perspective passengers will fly; the artwork attached to the space balloon reached over 100,000 feet, landing in an area of the Gulf of Mexico where a crew from Space Perspective was expecting it and brought ashore.

The 18th of June was not the only day when this art installation was flown, in fact, an initial smaller prototype was launched by Gribble in the Hawaii Space Exploration Analog and Simulation by NASA, a study to imitate and understand the journey to Mars and its possible exploration.

Living Light is not only an artwork but a process and a provocation that allows people to understand where technology, Earth, far-reaching places and humanity converge.