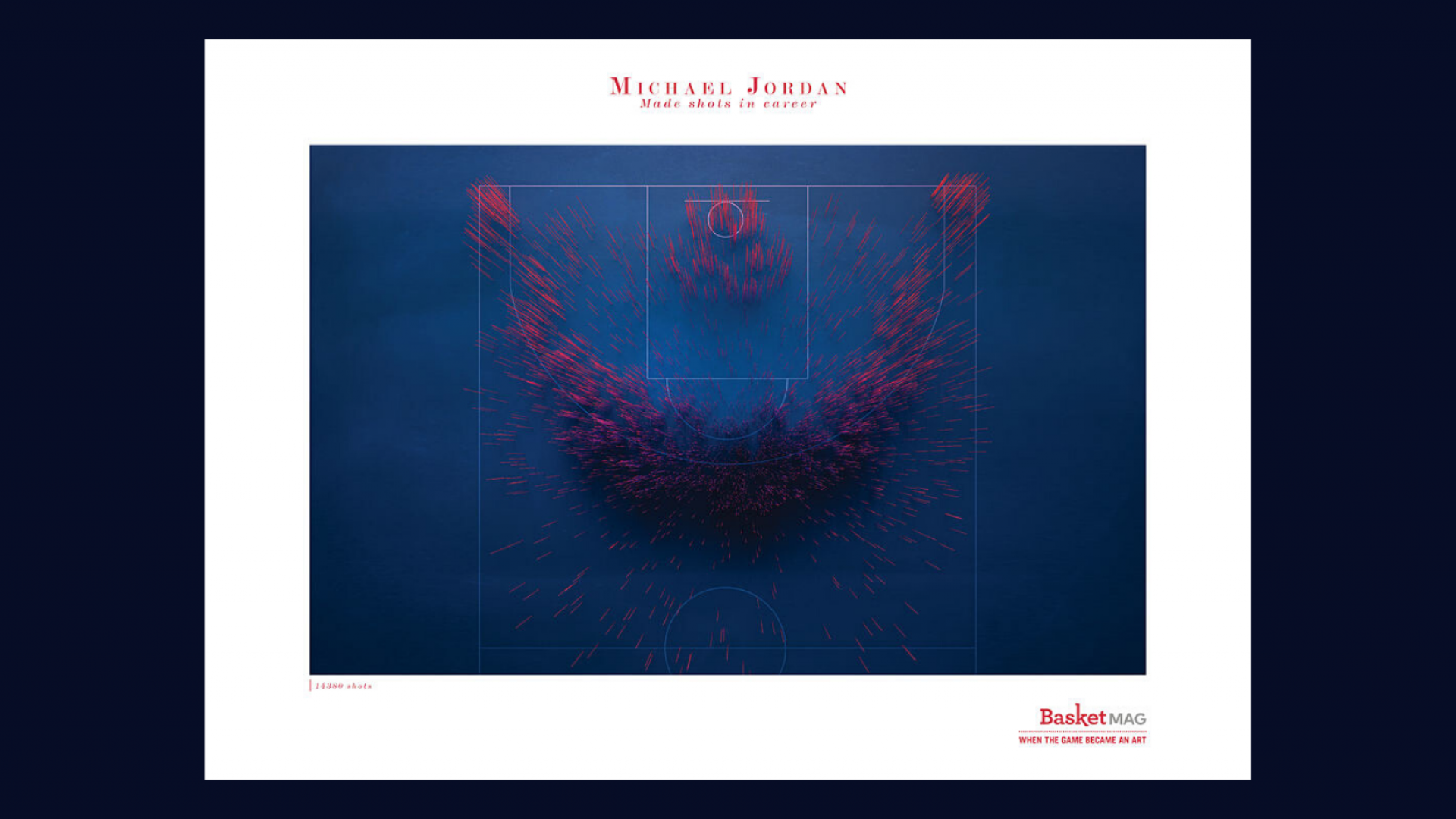 If you’re a fan of data and basketball statistics, then you’ll love the advertising campaign by French basketball magazine Basket Le Mag. The campaign “Datartists – When the game became an Art” showcases stunning graphic posters that utilize the power of data visualization to display game-winning shots, rebounds, and more from beloved US basketball players.

Data visualization has become a powerful, multidisciplinary tool used across industries. Communicating large amounts of data in a helpful, concise, and digestible manner helps improve design practices, research, and performance outcomes. Take sports, for example. Sports statistics and data gathered from training sessions have turned into a multi-billion dollar industry. As sports performance technology and training tools continue to grow as an industry, coaches and players are using this data and turning it into information that can be reviewed and applied to help make teams and athletes the best they can be.

Gathering information is one thing, but taking the time to organize it and find its visual language is another. In addition to athletes, sports teams, and performance companies utilizing data, designers, and advertising companies have found ways to turn these statistics into new ways the public can consume and understand data.

Data visualization communicates information, but designers and businesses have found ways to reimagine how sports statistics can be transformed into graphic visuals fit for editorial. For the French sports publication, Basket Le Mag, they highlighted famous US Basketball players by turning champion winning game stats into art. With the help of the renowned French ad agency, TBWA\Paris, statistics from six iconic basketball players were immortalized in their 2020 ad campaign, “Datartists – When the game became an Art.”

TBWA\Paris and Basket Le Mag translated game statistics like Michel Jordan’s shots made in his career to Steph Curry’s 3-pointers into graphic posters that are both pleasing to the eye as well as informative. According to the ad campaign’s design team, “Pictures show us the beauty of the game, but they don’t show us why some players are considered artists who have written the history of their sport. Only stats can do that.”

“Pictures show us the beauty of the game, but they don’t show us why some players are considered artists who have written the history of their sport. Only stats can do that.”

“By using the database of ESPN RealTime data and ESPN basketball archives, we created a software that generates a new form of data visualization. For the NBA artists, the algorithm transforms statistical masterpieces into masterpieces. All the works are gathered together to form the world’s largest art gallery devoted to the sport on Instagram.”

To learn more about the campaign and view the collection BasketMag and TBWA\Paris put together, click here. 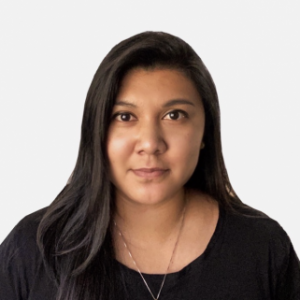